5 Reasons To Choose a New Surrogate vs. An Experienced Surrogate 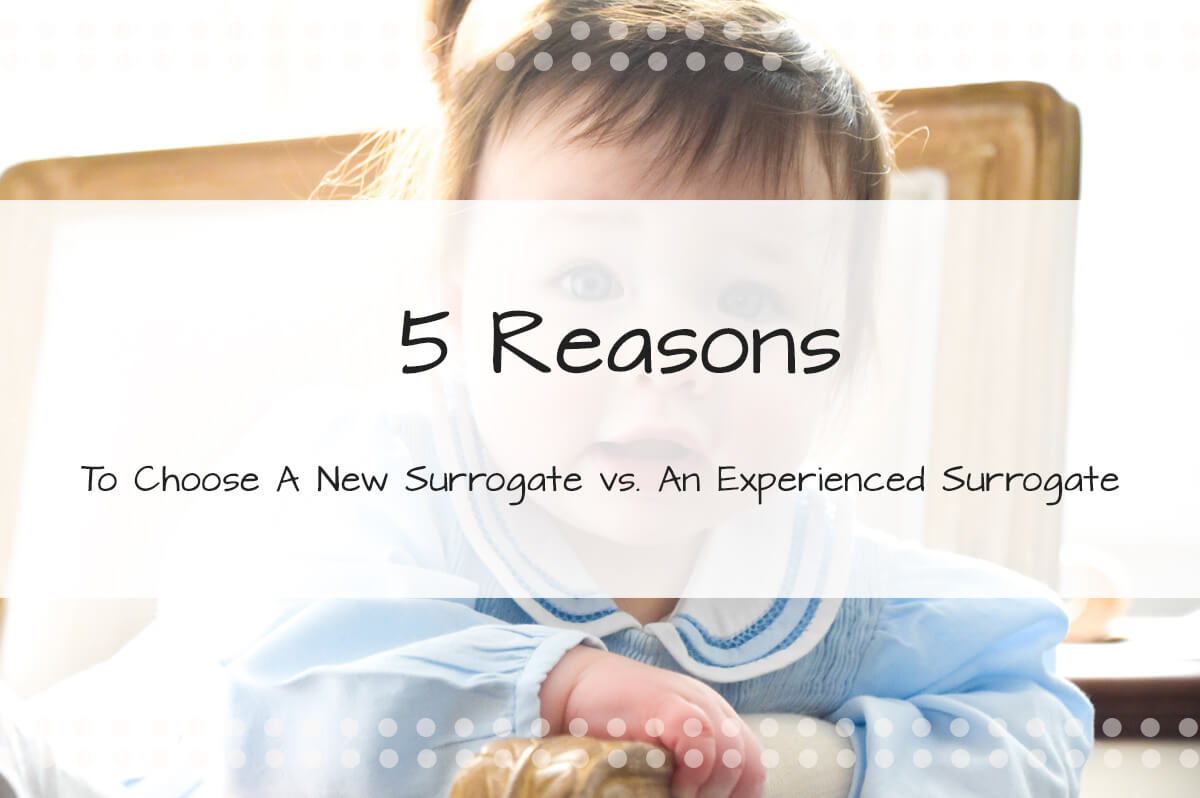 5 Reasons To Choose a New Surrogate vs. An Experienced Surrogate – Made in the USA Surrogacy in Roseville, CA

When women become a surrogate with a surrogacy agency in California, they have to be between the ages of 23 and 38. They also have to go through numerous tests and checks to show that their medical records are in order. They need to be healthy. This is to help ensure that a healthy pregnancy is possible.

Surrogates who are experienced may have entered the agency when they were  26, 28, or 30, but after the process of surrogacy of their first surrogacy, they may be several years older now. Add to this the fact that they have had numerous pregnancies in the past, and their reproductive age might be older than their actual age.

As most people know, the older that you are, the less likely you are to have a healthy pregnancy. This is a problem for those who want to use surrogacy to have their baby. Some intended parents may only have a few chances of successfully conceiving a baby through IVF. If a surrogate who is experienced is unable to carry their baby because of her older age, then they may have wasted their time as well as their only chance.

Because of their youth, they’re also more likely to carry your baby successfully. Their reproductive system is generally fresh and healthy. While an older surrogate may still be able to carry your baby, if you don’t want to gamble, then hiring a new surrogate is a great choice to make.

Because most parents believe that a surrogate who is experienced is more likely to carry their baby successfully, they’re often chosen frequently and quickly. That means their availability isn’t guaranteed. The process of surrogacy is a long one even for experienced surrogates.

Whether it’s due to their age, the frequency in which they have children in the past, or just fate, they may struggle with the fertility treatments. That means that the process of surrogacy will be even more delayed. You could be waiting for a year or even two years for the surrogate to be finished with her current surrogacy, so she can be chosen to be matched with your family after she has already been a surrogate for another. Each surrogate who becomes an experienced surrogate for another family will also have to wait for a minimum of 6 months post-birth to be ready to carry for another family.

Surrogates who are experienced tend to get chosen quickly. They’re often chosen the same day that they become available. This is problematic for parents who want to have a baby sooner rather than later.

They’re also rare. Most women who become a surrogate with a surrogate agency are new to the process. Those who remain with the agency to carry more children are fewer in number. That’s because the surrogates typically help one set of parents, and then focus on their own families.

Surrogates who have experience will likely use the surrogacy as a second form of consistent income. Just due to the fact that there are fewer experienced ones out there means the chances of being matched with one are extremely limited. Unless, of course, you’re willing to wait for several years.

Women who decide to become a surrogate typically do so because they want to help parents struggling with infertility. It also gives them a chance to bring in extra money for their own family. A new surrogate is likely excited about the prospect of helping a family out.

They’re likely a little nervous but extremely eager. They want to do what they can to help the parents out while also protecting themselves. Because they’re new, it’s easier for parents to talk to them and find compromises because they’re usually new to surrogacy, too.

It’s a special kind of match when new surrogates and new parents are put together. They learn the ropes together and become closer through the process. When conflicts arise, and they work together to solve them.

Surrogates who are experienced, however, have a different attitude. Because they have been through the process a few times, they typically know what to expect. While parents might find this prior knowledge advantageous, it does come with its drawbacks. Because they know what to expect, the surrogate might ask for more money. Or they may include things in their contract that they know they’ll want to have that the parents may not realize may actually be a problem for them later on.

While not all experienced surrogates are solely interested in becoming a surrogate for the money, those who continue to provide themselves for parents are likely doing so to keep money coming into the home. They may not be as interested in getting to know you, the intended parent, as new surrogates are.

Because of their knowledge, they may try to dictate what medical protocols to follow or what clinics to attend. This might prove to be difficult for you.

Overall, experienced surrogates may be less appreciative of the time, effort, and money that the parents are giving her. Newer surrogates are more likely to appreciate their intended parents.

For some parents, the cost of surrogacy for experienced surrogates may be too high. When it comes to surrogacy compensation, new surrogates have a base pay that’s depicted by the California surrogate agency. A few factors might increase their compensation but not by that much.

Some parents may find the increased surrogate compensation and agency fee together to be too costly- for many parents, this will increase their surrogacy budget by over $30,000 higher than Made in the USA’s surrogate budgets. They may not be able to afford an experienced surrogate. Or they may need to wait a few more years to budget for that increased cost.

By using a new surrogate, your surrogate compensation and overall cost of surrogacy will be less.

#5 – Problems Or Complications with Pregnancies

Becoming a surrogate with a California surrogate agency means that you’re healthy. Experienced surrogates may have been healthy once, but because of the frequent use of their reproductive organs, they’re also more worn out. With the more pregnancies that a woman has, the more likely it is for complications to occur.

Newer surrogates don’t typically have this problem. They may have had a baby or two of their own, but they haven’t received multiple IVF rounds. It’s unlikely that they received fertility treatments for their own pregnancy. Because of this, their reproductive system is ready to be used by you.

If you want to have the best possible chance of having a healthy pregnancy, consider using a new surrogate. You will save time and unnecessary costs. 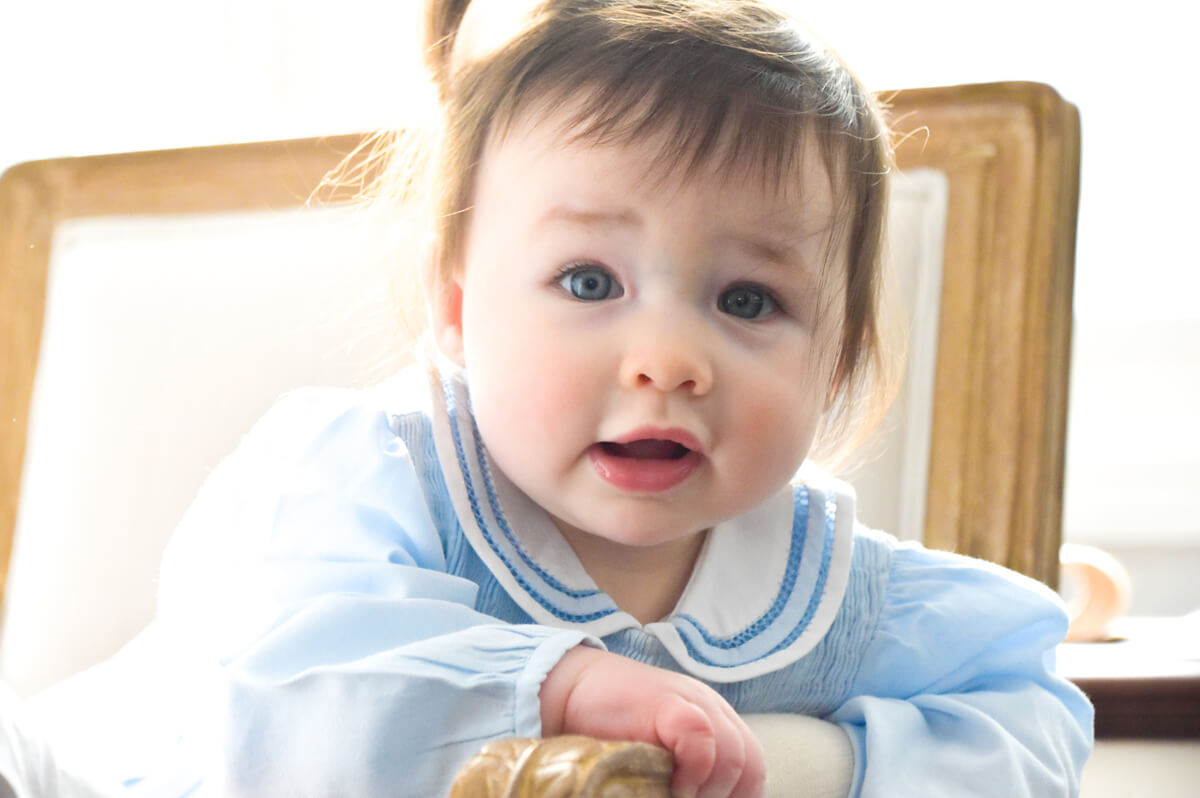 When you join an agency, you have the chance to either choose a new surrogate or an experienced one depending on who is available. Most parents make the mistake of thinking that experienced surrogates will give them a better chance of having a successful birth and availability is high. This isn’t always the case. While experienced surrogates can be lovely women, in many cases it is not worth the increased cost and time to finish your family.

Their age, their availability, their attitude, the cost to hire them, and their health are all big factors that could impact how well they can carry your child. Before you dismiss a new surrogate candidate, consider why you should hire a new surrogate. They’re cheaper, are already experienced in pregnancy, typically healthier, and far more appreciative of those they work with. Also, they will have the backing of Made in the USA Surrogacy to help them through any new trials that their surrogacy can bring. You’ll be well covered!

To get started with the process, join our agency today. We’ll help match you with the surrogate who best fits your needs.