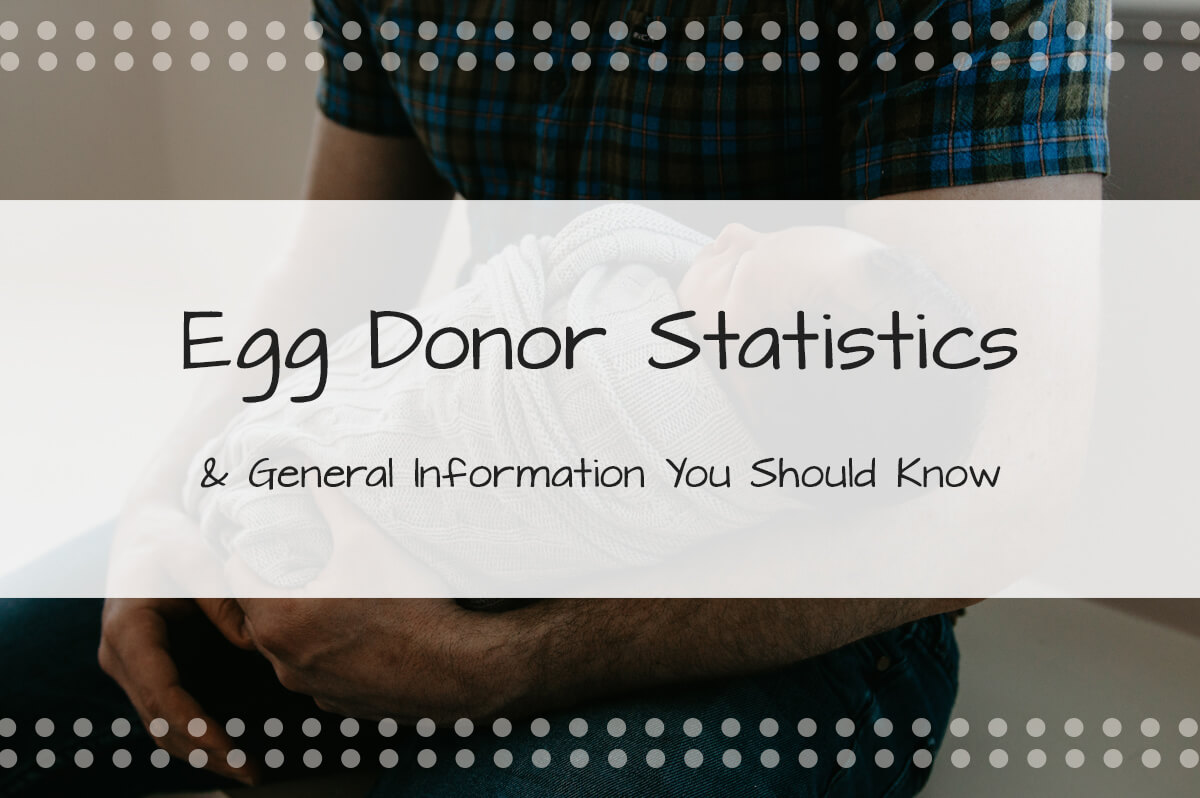 Egg Donor Statistics & General Information You Should Know – Made in the USA Surrogacy in Roseville, CA

Have you been thinking about becoming a surrogate or an egg donor?

About every 10 in 100 women will experience problems with becoming pregnant. As women become older, it also becomes more difficult for them to conceive. The causes of infertility don’t begin and end with a woman either. Men are just as likely to have problems with infertility.

Whether you’re an intended parent looking into surrogacy or you’re a woman thinking about becoming a surrogate, egg donation can be a part of the process of surrogacy.

Here’s everything you need to know about egg donation.

What is Egg Donation?

In the event that intended parents are unable to conceive due to a problem with the intended mother’s eggs, egg donation is a possibility. Egg donation describes a situation in which a fertile woman donates her eggs. This woman might become a surrogate later on, but currently just wants to donate her eggs.

The donated eggs are then used during a process called assisted reproductive technology. This is when an egg outside of the couple is used for fertilization. In the lab, the egg is introduced to the intended father’s sperm. In this way, the intended parents are still able to have their children look most like them. It shares the genes of at least one parent.

In some cases, the parents might ask a relative on the side of the mother to donate her egg. This ensures that the mother’s genetics are still introduced to the pool. Though this isn’t a necessary step.

If you’re thinking about becoming a surrogate or an egg donor (or both), then the steps are straight-forward. Initially, the fertility clinic will ask you to stop taking certain medications that control your cycle. Instead, you’ll actually be taking medication that will temporarily stop your menstrual cycle.

Because your cycle is ending, you might experience a few side effects like a headache, some fatigue, body aches, and hot flashes. Essentially, you might have some mild menopausal side effects.

Once your cycle has been stopped, the fertility clinic will then boost your fertility. Their goal is to have you produce several eggs at once. Typically, donors will need to give themselves this medication by injecting themselves into a muscle or beneath the skin. Though you may be able to make an arrangement with your doctor if you don’t think you’re capable of doing this.

Because of the increase in eggs, it’s a good idea to refrain from having sex during the process. This is because it’s more likely that you’re going to become pregnant, yourself. You can also expect to have numerous ultrasounds and blood tests to ensure you’re healthy.

After your fertility has been boosted, the eggs will be extracted. This is done through a process called transvaginal ovarian aspiration. An ultrasound probe is inserted through the vagina. Its needle is used to remove the eggs.

This process can sometimes last up to 30 minutes. The donor will either be unconscious or conscious of painkillers. Anesthesia is also an option.

Luckily, donors don’t need to stay overnight in the clinic due to the procedure. They’re able to leave shortly after. The procedure, itself, is minor and relatively easy to perform.

You’ll want to take care of yourself after the procedure is performed. Some require a few days of rest to recover. Others are able to return to their normal activities the day after. However, some women find the procedure to be emotional or psychologically jarring.

It’s a good idea to schedule an appointment with a therapist afterward, so you can process all that happened.

For those who are thinking of becoming donors, you’ll find that you need to meet certain criteria before you can volunteer. Just like when you become a surrogate at a California surrogate agency, you need to be in great health. This is because if you’re not healthy, then your eggs aren’t likely going to be healthy either. This can make having a healthy pregnancy difficult.

Typically, donors must be between the ages of 21 and 35. This period of time is when a woman is at her healthiest and most fertile. Their quality of eggs is also at its highest. This is important because the healthier the eggs are, the better the chances of a healthy pregnancy, which could be vital for parents who only have a few shots at becoming pregnant.

Donors must also be free of infections. You’ll likely need medical records to prove this. In particular, you’ll need to be free of HIV, AIDs, and Hepatitis C. It may also be worth it to have genetic testing done on yourself. This can prove that you don’t carry any genetic diseases that the parents might be worried about. Your genetic tests and your medical records can be a great advantage over other donators.

Prospective donors must also be able to provide a thorough and detailed family medical history. This is to help indicate whether or not there is a genetic disease that runs through the family. Genetic testing can help with that.

Depending on what clinic you attend, some have benefits for women who have previously donated eggs or had a successful pregnancy.

Also, one benefit of becoming an egg donor is that egg donors do not have to have a previous pregnancy history to prove their fertility, which is unlike our surrogate mothers who have to have given birth to one or more children without complications.

The Process of Becoming a Donor

Just like surrogacy, there are several steps before you can become a donor or even a sperm donor if you’re a male. The first step is to fill out an application with the clinic you want the donation to occur at. You’ll then need to have an interview either through the phone or in-person.

Sometimes you might also need to pass a psychological screening.

After all of those steps have been completed, you’ll be able to start the physical process of donating an egg.

Should You Use Egg Donation or a Sperm Donor for Your Pregnancy?

Parents face a choice when struggling with infertility. Should they try egg or sperm donations? Or should they use surrogacy through a professional surrogate agency? Here are a few statistics to keep in mind. Women who use assisted reproductive technology have a 48% chance of having a healthy pregnancy.

Around 15% to 20% of those women will miscarry the baby. For some couples, that chance may be too high.

Instead, they might want to consider the process of surrogacy. Using a surrogate through a surrogate agency may give them a better chance of having a successful pregnancy because the surrogate is typically a healthy woman who has been pregnant before.

It also allows them to have a baby of their own instead of sharing one-half of the DNA with someone else. 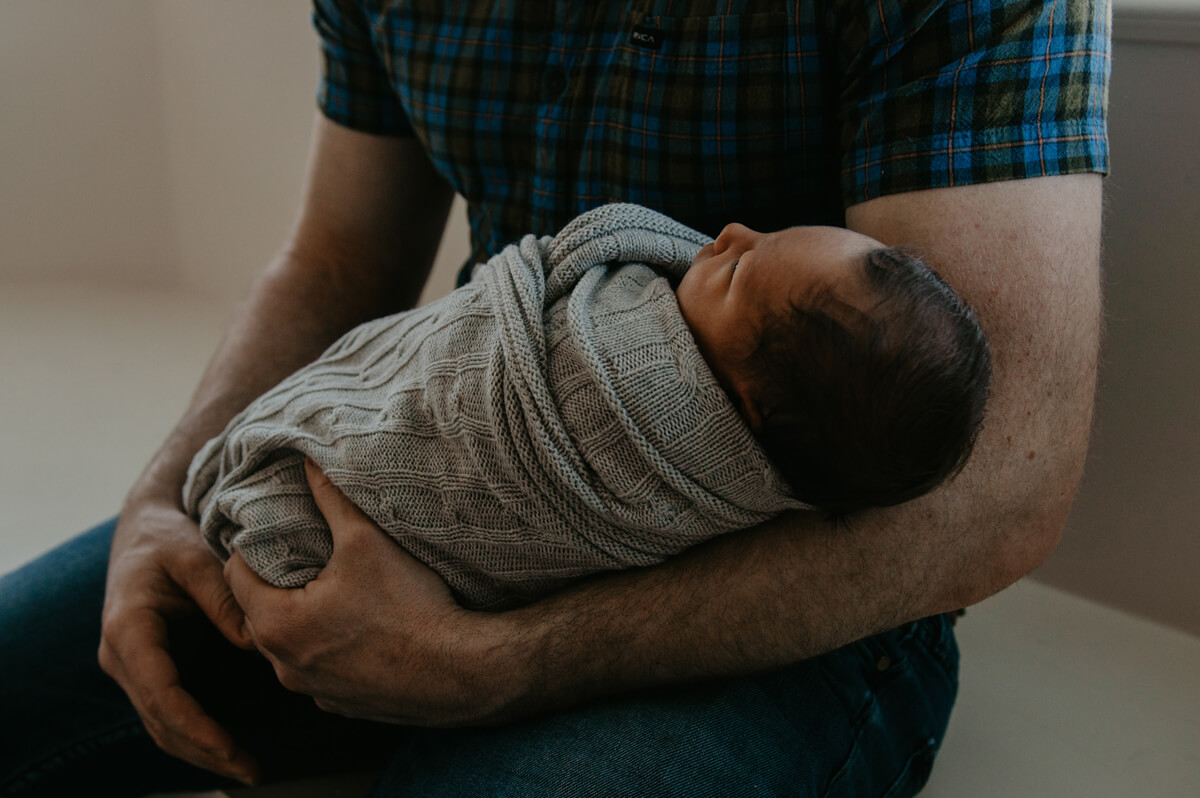 Egg donation can be a great choice for couples who don’t have any healthy eggs to use themselves. If you are an intended parent and need the services of an egg donor, contact our partner, Donor Concierge today to find out more about finding an egg donor.