An In-Depth Overview On International Surrogacy 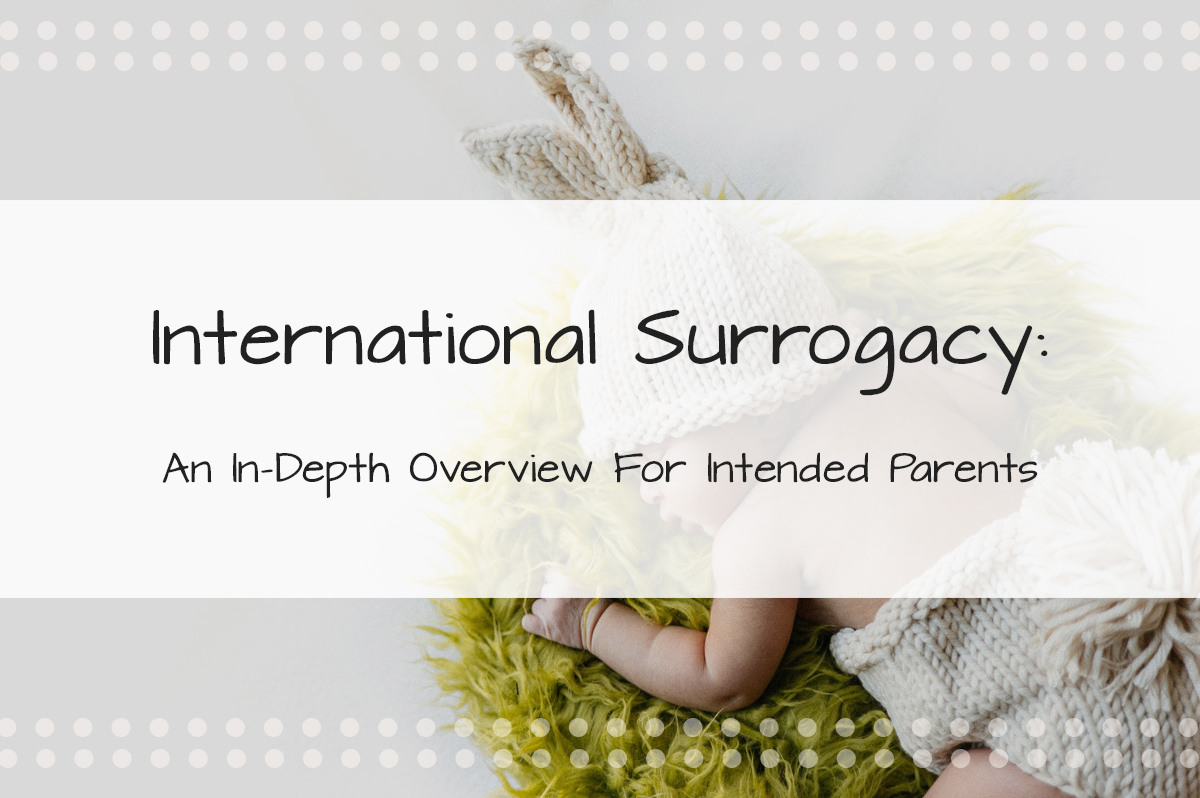 An In-Depth Overview On International Surrogacy For Intended Parents

If you’re a parent looking to find a surrogate outside of the United States, then you’re likely drawn-in by the cheaper price tag. According to this article, you can sometimes hire a surrogate for around $30,000 in India.

That may seem alluring for some parents who only have so much. However, you may not actually be saving that much money at all. As the article continues, it becomes apparent that the additional charges can drive the overall price up to about the same as you would expect in the United States.

After traveling fees, the cost of IVF, the hospital costs, and any legal fees, you’re going to spend a lot of money on the process of surrogacy. You’re also adding in far more stress on top of that.

As the article explains, the surrogate isn’t paid the bulk of that money either. The clinic or surrogacy agency ends up with most of the income. In a country like India, you likely want your surrogate mother to be paid as much as possible, so she can sustain her own family. However, depending on the laws surrounding surrogacy in that area, there may be no one looking out for her.

For international parents, you can likely save a little bit of money when choosing a California surrogate agency. Everything you will pay is told to you right up front. You’ll know exactly how much you’ll need to spend or about how much as long as the process of IVF is straight-forward. You also experience the benefits of having the United States healthcare system look after your baby.

Parents who want to use a surrogate agency outside of the United States, you’re going to have a lot of trouble with legislature and laws. A lot of countries in the world don’t condone the use of surrogates. They may even have laws prohibiting. It’s a good idea to look into the laws regarding using a surrogate as you decide you sign up with an agency that is located outside of the US- At Made in the USA Surrogacy, we do not encourage parents from any country to use surrogates who are outside of the United States, as we cannot control the process for which they are approved, and cannot condone the process for which they are hired. Having a surrogate in the US who is an American Citizen is crucial to making sure that you are protected.

Another legal hurdle that you’ll need to jump is giving your child American citizenship. With security at the borders being beefed up, it’s more difficult than ever for parents to have babies abroad. All of the legal jargon, alone, can make parents want to rip their hair out in frustration.

Choosing to use a surrogate agency in the United States completely removes that problem as long as their surrogates are United States citizens and will have the children in the US. Because your baby is born in the US, it automatically receives citizenship according to current US law at the time this article has been written.

Luckily, several states in the United States practicing surrogacy is legal. For those parents who live outside of the United States, all you need to do is choose a surrogacy agency in one of those states. California has some of the best laws surrounding the legality of using a surrogate. Our California surrogate agency, in particular, can help make your experience even easier.

Another aspect is protections for the parents. The last thing you need is to discover that your baby actually doesn’t belong to you thanks to some law in a foreign country.

When you use a surrogate in the United States, you’ll find that the laws are designed to protect the parents- see our chart of states that are surrogate friendly for an idea of where a good surrogate mother prospect should come from.

One big concern that intended parents looking to use surrogates outside of the United States should consider is the healthcare system of the country they want to use.

It’s likely not going to be as involved and advanced as the system used in the United States. The treatment your baby and surrogate receive might also reflect the country’s views on surrogacy.

It’s important to note that most if not all IVF clinics and fertility clinics in the United States are required to report their statistics of success and failure to the CDC. Fertility clinic success rates and other information is always available and updated every year here.

You don’t want either your baby or your surrogate to be neglected during their stay in the hospital because the doctors or nurses don’t believe in the process of surrogacy or have the same standards as the United States when it comes to caring of your surrogate mother. It may be impossible for your surrogate to have a healthy pregnancy because she isn’t given the support that she needs if she receives care outside the US.

It may be possible that your child was born healthily, but there is no oversight to ensure the success of the surrogacy. To ensure your baby receives the best healthcare possible, you should choose a surrogacy agency in California such as Made in the USA Surrogacy.

Perhaps the biggest factor that international parents might consider is the healthcare system in the United States. When it comes to babies, doctors and nurses are motivated. No matter how the baby was conceived, you’ll find that the hospitals are passionate about securing the health of a baby.

With many support systems and resources, your surrogate will also have an easier time maintaining a healthy pregnancy.

Another problem that you might discover when trying to use a surrogate abroad is that the surrogacy agency doesn’t have the same level of surrogate qualifications as they do in the United States. They may allow women who suffer from infections like AIDS or Hepatitis to become surrogates. Because of the lack of developed countries laws in regards to healthy surrogate candidates, it can easily become an issue that parents are subjected to surrogate candidates that would not otherwise become candidates with a US-based agency.

This can seriously affect an otherwise healthy pregnancy. Those surrogates may be driven to become a surrogate simply because they need money. Since they’re not paid that much, they may not provide the best care for your baby. They may simply want the process to be over, so they can go on to the next paycheck.

While finances will always play a part in why a woman chooses to become a surrogate, it shouldn’t be the driving force. Instead, the surrogate should be passionate about helping those struggling with infertility.

The surrogate qualifications to become a surrogate in the United States are strict and more so in the state of California. We do not accept candidates who are overweight, have any history of diabetes, hypertension, or other issues that may have arisen from prior pregnancies. Because we ask for their medical record, we can ensure that the surrogate mother candidates you receive are vetted and even drug tested prior to your selection.

In order to ensure as healthy a pregnancy as possible, women have to show that they are in peak health. They also have to be free of any infections or any disease that could influence the healthy development of the baby.

Support roles are also important. The surrogate should have a support system that is ready to help her get to appointments. Pregnancy, even one with a surrogate, can be emotionally draining. Having that solid support system is vital for both the health of the surrogate and your baby, and we specifically screen surrogate mother candidates to have healthy support systems.

When you choose to have a surrogate in the United States carry your baby, then you’re making the decision to choose the highest-quality surrogates possible. These are women who are passionate about helping you achieve your dreams of having a baby of your own. 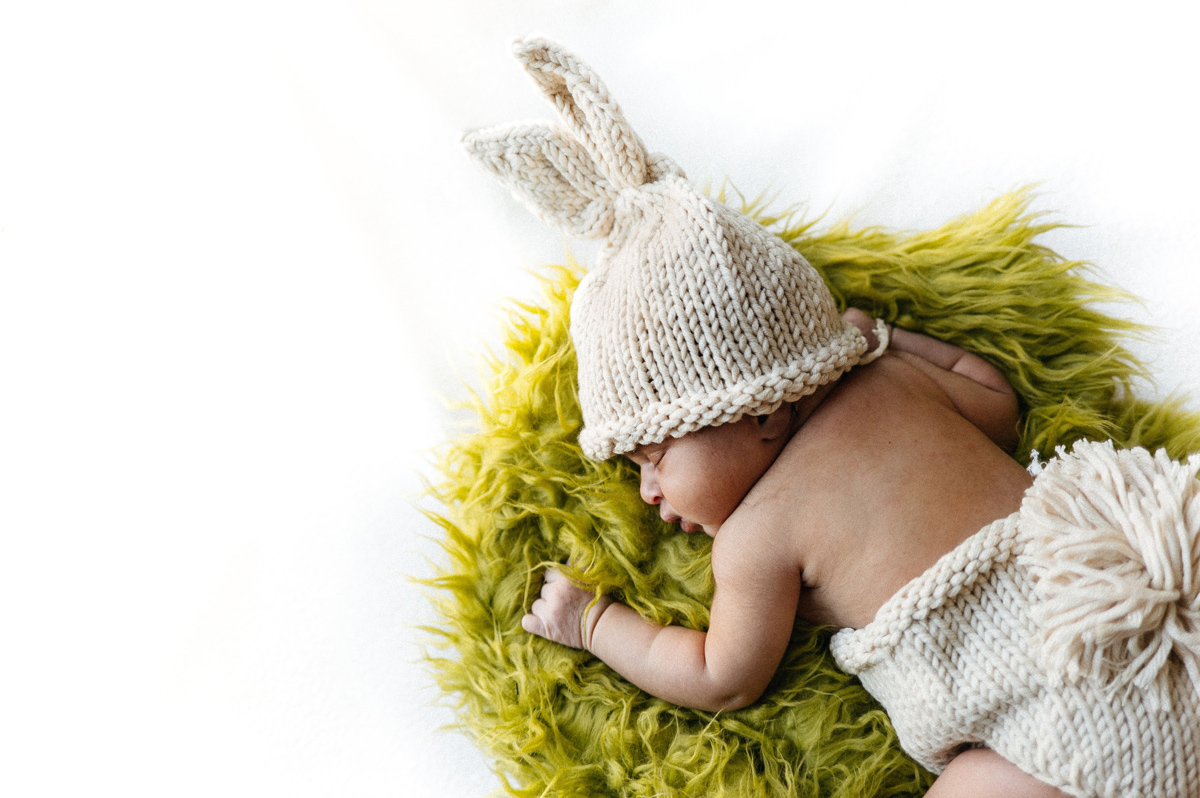 There are many advantages for foreign parents to use an American surrogate. It may seem a little more expensive because of your travel to the US, but overall the process is easier and the medications and healthcare systems are tough to beat. The surrogates that are associated with our agency, in particular, have been thoroughly screened and tested to ensure that they are prepared for the process. Overall, you can experience as easy as a journey as possible when you choose to use an American surrogacy agency. Contact our agency today to get started.