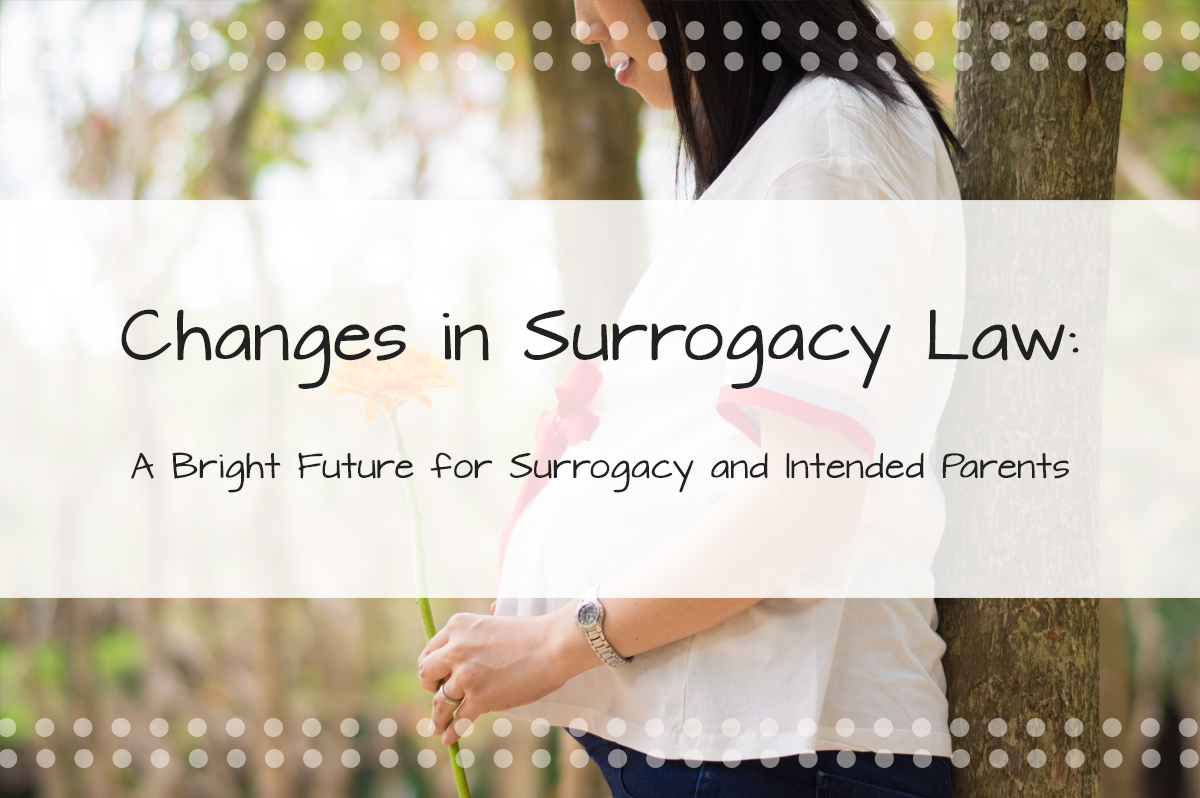 Changes in Surrogacy Law: A Bright Future for Surrogacy and Intended Parents

Surrogacy law has long been something argued between states and international countries against surrogacy. However, more and more states are finally legalizing paid surrogacy. One of the most recent states to start moving in the direction of legalizing surrogacy in New York. This article will discuss surrogacy law where it currently stands and possibilities for its changes in the future.

The case of surrogacy law in New York has been long argued. As this news article suggests, New York is one of only three states that has yet to legalize gestational or traditional surrogates. The other states currently banning the use of surrogates are Michigan and Louisiana. This means that intended parents seeking the use of a surrogate and a surrogacy agency have to travel far in order to do so.

This can make it impossible for them to enjoy the process of surrogacy with their surrogate mother. Women who have chosen to become a surrogate may not feel as supported during the process. This can sometimes have consequences on an otherwise healthy pregnancy.

Intended parents may also miss out on big celebrations like seeing their first ultrasound of their baby or even the birth of the child because the surrogate and surrogacy agency are too far away.

Most people who argue against surrogacy law say that it’s because women are essentially selling their bodies. Yet this isn’t the case. Women who choose to become surrogates typically do so because they feel called to help couples struggling with fertility.

Other people against New York surrogacy argue that it’s too dangerous. Pregnancy is always a risk. Even a healthy pregnancy that’s carried traditionally can be dangerous. Women who become surrogates have to pass numerous surrogate qualifications before they can join a surrogate agency. Those surrogate qualifications are designed to help weed out unhealthy women from healthy ones. Those who have the best chance of providing a healthy pregnancy are allowed to move forward.

For New York, the biggest hurdle to jump over was a case regarding a surrogate back in 1988. At that time, a woman named Mary Beth Whitehead was struggling financially. To help herself, she approached a couple struggling with fertility. They made a deal that she would carry their baby for $10,000.

For surrogates today, $10,000 is nothing. Our California surrogate agency has a surrogate compensation benefits package that pays surrogates around $40,000-$50,000.

When it came time for Whitehead to give birth, she changed her mind. She chose to give the money back and keep the child for her own since half the DNA of the baby was hers.

The case went to the New Jersey Supreme Court. At that time, there was no such thing as a surrogate attorney. There weren’t enough surrogate laws put into place to help the Supreme Court guide them on the matter. The final decision was that the baby would go to the parents. However, they also decided to ban the use of surrogates for infertility.

One aspect that came out of the decision that carries a lot of weight today is that surrogacies are now gestational. This means that the woman who is a surrogate is unable to use her own eggs to help create the baby. Instead, either the egg of the woman who will raise the baby is used or an outside source egg donor is used.

This helps ensure that the surrogate understands that the baby she is carrying isn’t her own. It also gives the parents the chance to have a baby that’s biologically theirs.

Even New Jersey, where the case played out, allows the use of a surrogate agency. They legalized it in May of 2018.

Yet they eventually reversed their decision in 2017. Called the Collaborative Reproduction Amendment Act, this bill reverses the illegality of using an agency for surrogates and paid surrogates that receive compensation.

Washington surrogacy laws previously found both gestational and traditional forms to be illegal. With the new bill, it now makes gestational legal and even goes on to protect both parents and surrogates. As a result, those who want to become a surrogate in Washington state can act as a surrogate for couples struggling with their fertility.

Unlike Washington, many foreign countries are actually putting an end to the use of surrogates. With the United States slowly removing the ban across all of their states, it’s likely that couples in foreign countries who are looking for a surrogate agency who deals with international parents will start coming to the states in order to achieve their dreams of becoming parents. For surrogates in the United States, this means plenty of opportunities to make additional money and help parents out.

The Washington surrogacy laws are also a little different than other states. While some states are a bit more restrictive in their legality, Washington state only allows a surrogate to be used if the couple is married, for example.

This is important to know because if a couple is not married yet wants to start the process, they have to choose a surrogate from a state that is surrogate friendly, as well as also be mindful of surrogacy laws as it pertains to the state in which they live. It also means that even if both parents are unable to provide DNA to be used for the embryo, they can still use a surrogate to have their baby.

Like our California surrogate agency, the law issued by Washington also has a few regulations. For starters, the surrogate and parents must be at least 21 years old. They both must also consult with a mental health professional. Finally, a contract must be made between the surrogate and the parents that goes over some of the more complex issues and problems that may arise during the pregnancy.

Washington state also goes a step beyond many other states. It allows traditional surrogacy as well. This means that a surrogate woman can use her own DNA to form the baby. The stipulation is that the contract must be made before insemination occurs. This will help ensure that, legally, the baby belongs to the parents. 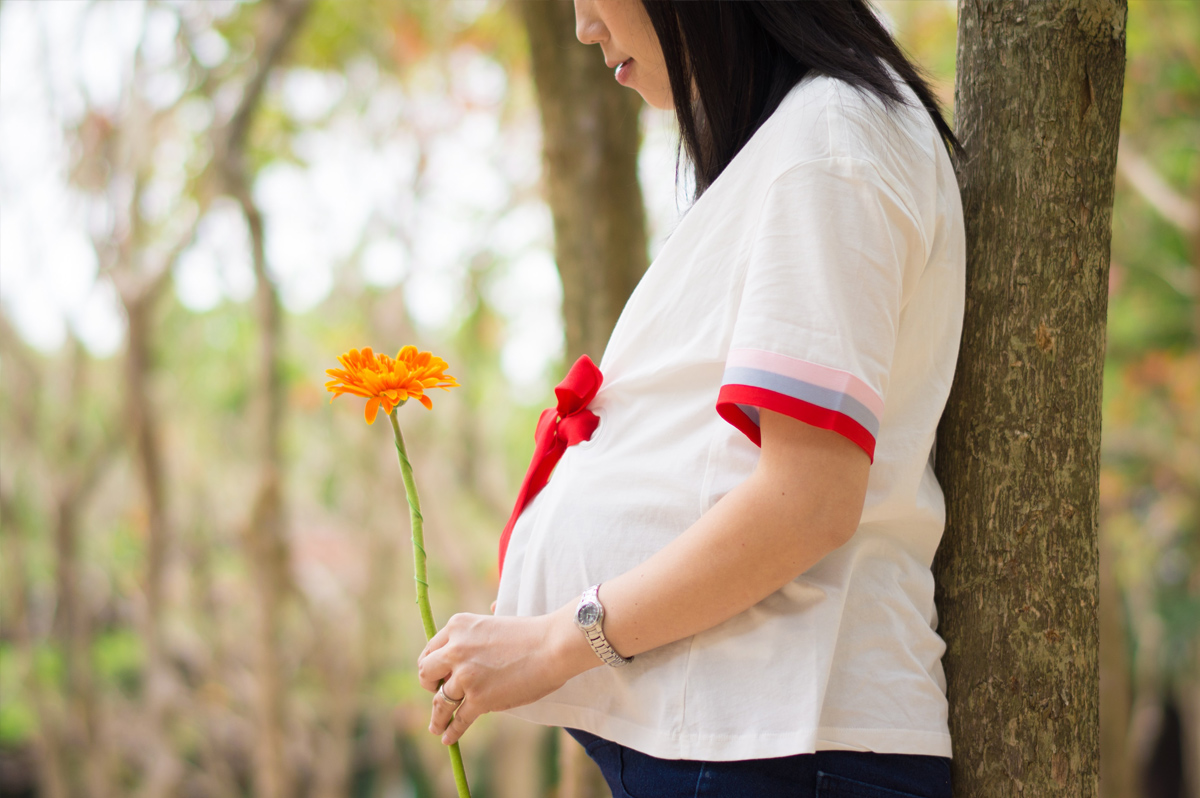 Until then, our California surrogate agency is always welcoming of new parents and surrogates from around the United States as well as International parents. If you’re struggling with your fertility or you want to help parents achieve their dreams of having their own child, then contact us. Our agency is ready to help those who want to change lives.

If you’re a parent in the United States or from an International country where surrogacy is illegal, we can help you too. Please fill out a parent inquiry.