Surrogacy and Intended Parents: Genetics and Your Babies 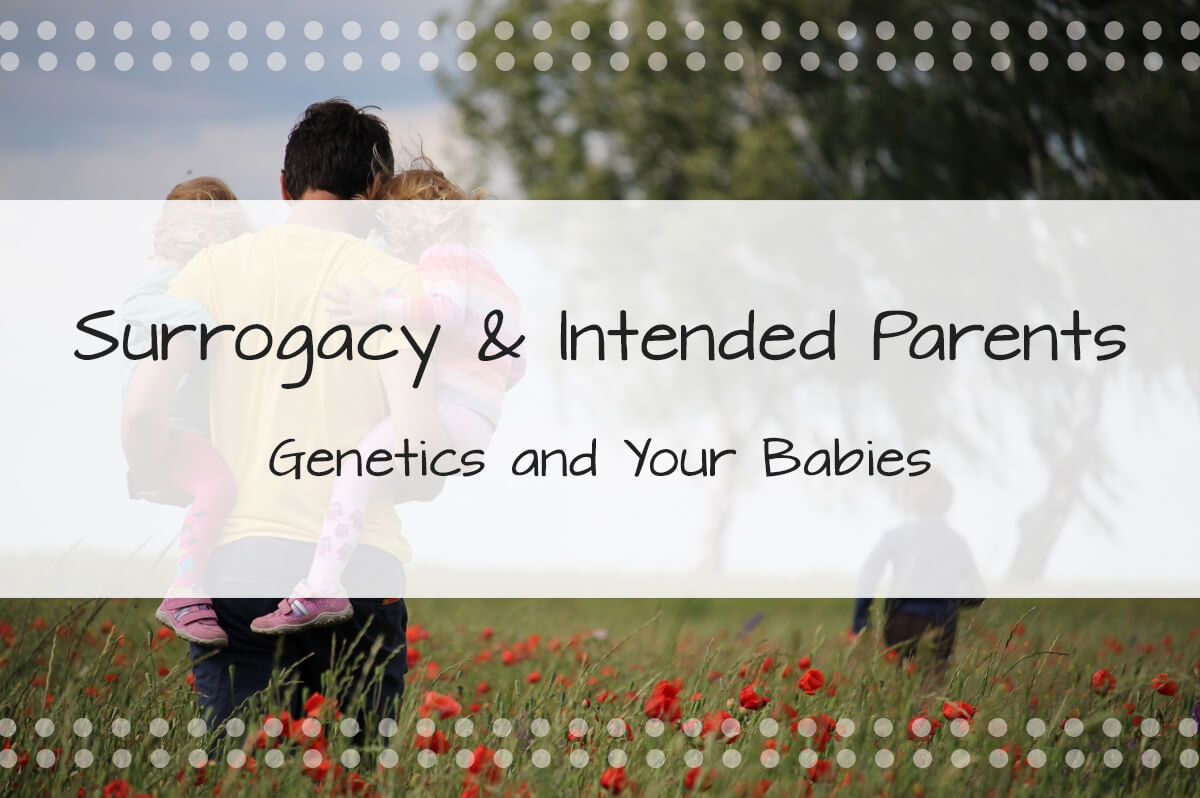 Surrogacy and Intended Parents: Genetics and Your Babies

This article will discuss family genetics and how they can impede your desire to have a baby of your own. It will also discuss how surrogacy can be an answer to still have a biological child.

Polycystic Ovary Syndrome, or PCOS, is a condition that can lead to infertility in women. The problem with PCOS is that researchers are unable to link the cause of PCOS to any single gene. It seems, instead, that several genes can influence the development of PCOS.

This condition makes a woman infertile because it can keep the egg from being developed in the ovary. It can also make it impossible for the egg to leave the ovaries if cysts block the fallopian tube.

This makes it impossible for the sperm cells to either enter the area and fertilize the egg or find an egg at all.

Another problem with PCOS is that it is also linked to obesity. Those who are more obese are more likely to develop PCOS. The problem with obesity is that it can also have a genetic nature to it. Some people possess genetics that makes it so it’s harder to stay fit.

When it comes to the genes that are believed to help develop PCOS, they also believe that they are the genes that deal with insulin sensitivity, sex hormone regulation, and steroid biosynthesis.

For intended parents who have PCOS, pregnancy may be impossible. Because of the complex genetic nature of PCOS, it’s also impossible to receive treatment on the genetic scale to prevent it from occurring. It’s even more difficult to test for in regards to finding out if your family line is pre-disposed to PCOS.

The problem with PCOS and obesity is that even if a surrogate was able to have a healthy pregnancy before, she might not if she gains a lot of weight. The obesity could make her develop PCOS when she didn’t have it before, thus making it impossible for her to work as a surrogate.

Another genetic defect that can make surrogacy the only option for having children is XX gonadal dysgenesis. This condition is caused when the complex molecular pathways that lead to the development of the sex gonads are interrupted in some way. Without proper development, the woman can become infertile.

This is because the ovaries either cannot be formed fully—and thus produce fertile eggs—or because of menopause that sets in earlier than the age of 40. This is problematic for numerous reasons. In regards to not being able to develop eggs, the sperm can’t hope to fertilize anything if nothing is there.

Can Potentially Lead to Premature Menopause

XX gonadal dysgenesis can also lead to premature menopause. For women who choose to wait a few years in order to have children, if they unknowingly suffer from XX gonadal dysgenesis, then they might discover they’re unable to have a baby because they’ve achieved menopause early.

This condition can also be addressed by finding a California surrogacy agency. If you still have your eggs, they can be removed and fused with the sperm cells of your spouse to create an embryo. It can then be placed inside a surrogate who can offer a healthy pregnancy until its birth.

Women who choose to wait to have a baby are also at risk of other complications. It’s just safer to use a surrogate agency in California to find your surrogate. You can focus on your career and other aspects of your life while the surrogate safely carries your baby. Even if you have reached menopause earlier than is expected, finding a surrogate through our agency will be your answer!

Genetics can also be an underlying factor for premature ovarian failure. This condition essentially causes a woman under 40 years of age to enter menopause. Once a woman reaches menopause, it becomes extremely difficult to conceive a child.

It’s also a reason why our surrogate agency, Made in the USA Surrogacy, have all of our prospective surrogates through our surrogacy qualifications to be between the ages of 23 and 38. They’re less likely to have to deal with menopausal problems.

Because these mutations are in the genes, it’s important to know if anyone in your family line also has those mutations. If so, then the mutations were inherited. If not, then they could have become damaged as a result of chemotherapy, radiation exposure, viruses, and other illnesses.

For men, one genetic condition that could affect their fertility is Leydig cell hypoplasia. In this case, mutations in the genetic code could result in the Leydig cells not being able to communicate with or interact with hCG. This is problematic because hCG pushes the body into the development of male genitalia and other sexual functions.

Men can experience an array of problems with Leydig cell hypoplasia. In some cases, their sexual organs may never develop physically or even outside of the body. In other cases, they may form, but they may not develop sperm. Or the channels necessary for transferring the sperm cells outside of the body may never have been made.

Leydig cell hypoplasia can be severe or mild. Some men may not even realize that they have it until they attempt to conceive a child.

Similar to XX Gonadal Dysgenesis, the XY form, also known as Swyer Syndrome, involves a situation in which a man who has the XY chromosome actually developed female reproductive structures instead. There are two different types of this syndrome: Partial and Complete.

The partial typically comes with mild cases. The man may seem to have all the structures that he needs to conceive a child. Yet when he attempts, he discovers that he cannot. This can cause a lot of frustration with intended parents since everything physically looks like it should work.

Swyer Syndrome is another genetic issue. If there are mutations in certain genes during development, then it could result in the sex chromosomes malfunctioning.

One problem that men may discover when they attempt to conceive a child with their spouse is a spermatogenic failure. This condition describes the situation in which sperm isn’t produced. It’s one of the biggest reasons behind male infertility.

Genetics play a factor though researchers still aren’t sure which genes are specifically causing the problem. That being said, the failure could be a result of AZF genes in the Yq part of the Y chromosome. Yet there could be up to thousands of genes that could be influencing the failure.

Besides inherited genes or genes that are incorrectly produced during development, they can also be damaged through injury or exposure to radiation. When genes are damaged, the entire process linked with them is shut down. If the body is unable to fix the gene, then the problem will persist.

A common cause of infertility for men and women is cystic fibrosis. For men, it can result in a halt in sperm production. For women, it can cause ovulation irregularities which can damage the ovaries and eggs.

This can also be caused by fertility treatments. If you’re a couple who has been trying to boost your fertility, then the very treatment could be part of the problem. In this regard, it’s just safer to utilize a surrogate agency to conceive your child.

Join a Surrogate Agency in California 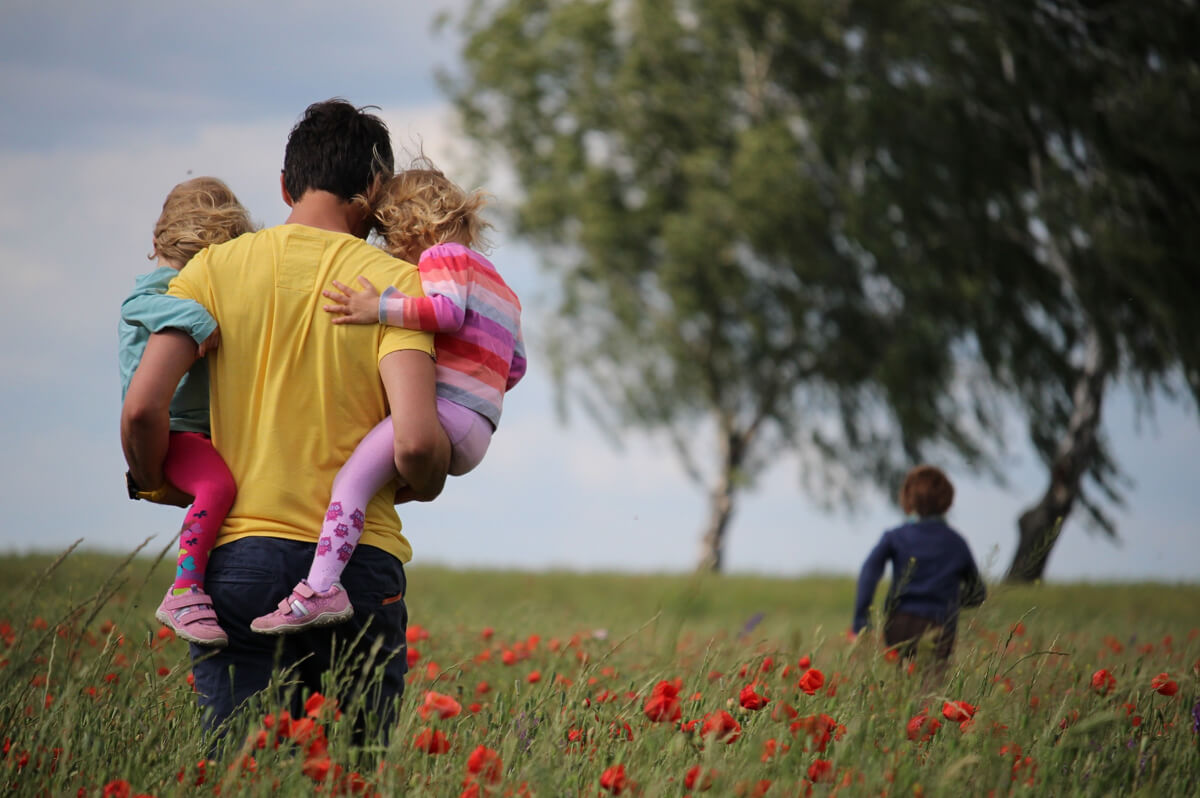 You should join a surrogacy agency in California to have your baby because it’s safe, effective, and stress-free. The process of surrogacy can be a long one, but it’s worth the wait. Surrogates can bypass these genetic problems of the intended parents and provide you with a healthy baby. If you’re struggling with infertility, then we can help. Contact us today to get started with the process of surrogacy.