Intended Parents: How to Deal with Possible Problems with Your Surrogate 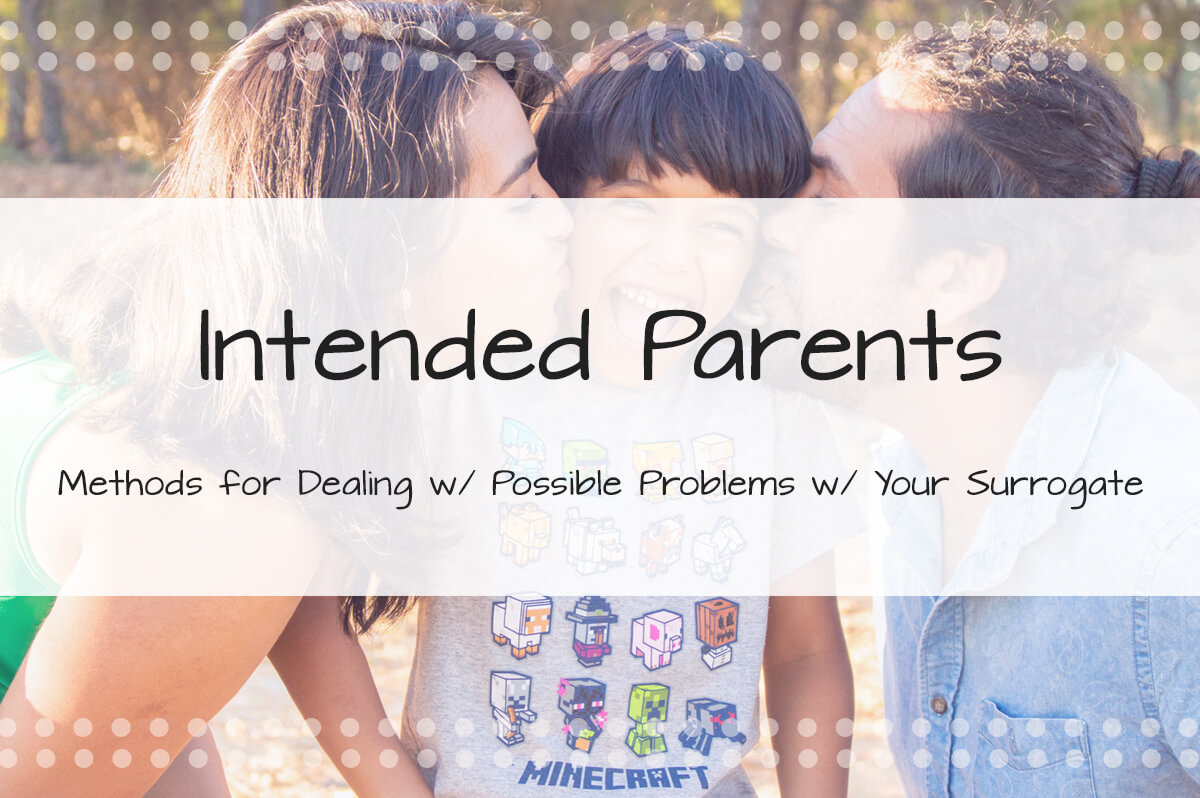 Intended Parents: Methods for Dealing with Possible Problems with Your Surrogate

While everyone would like to think that the process of surrogacy is typically a smooth one, this isn’t always the case. Bumps in the road can sometimes extend the process even longer. Since you’re also dealing with another person, it’s possible that arguments, conflicts, and problems may arise.

At our surrogacy agency in California, Made in the USA Surrogacy, we want our surrogates and intended parents to have as stress-free of an experience as possible. Surrogacy and infertility can already be stressful enough. That’s why we often offer a surrogate attorney to help with rising issues.

If you’re worried about having possible problems with your surrogate, then consider these methods for dealing with those problems.

If you, as the intended parent, ever have questions about surrogate compensation, you should always approach your surrogacy agency rather than the surrogate. While surrogates are typically good-hearted, many of them are interested in earning as much compensation as possible. Considering the strain that they’re putting on their bodies to have a healthy pregnancy, it’s understandable.

However, you should always come to the surrogate agency with questions about compensation or how something may be paid. Even if your surrogate has questions and attempts to ask you, the best course of action is to send them in the direction of the agency.

A complication may arise over how much the surrogate receives. If they believe that they are being paid too low of an amount, then you should direct them toward the agency. Each surrogacy agency in California offers different compensation rates and packages. These are rates that the surrogate agrees to when they choose to become a surrogate with that specific agency.

There have also been problems that have arisen out of medical needs or procedures the surrogate may have after being medically screened with your fertility clinic.

Keep in mind that all costs related to your surrogacy after you are matched with your surrogate, are the responsibility of the parents to pay. Most surrogates who are approached by the parents about any compensation they want them to “cover” or be “reimbursed” for directly at the request of the parent, can make them feel very uncomfortable. Better to save those questions about money and how costs will be reimbursed for your surrogate agency.

If there are any problems, then the agency can help you understand where the discrepancy is. Money can be a big point of contention between people. We want to make sure that your relationship with your surrogate mother flourishes. That’s why we act as a broker between you and the surrogate to ensure that everyone is happy and satisfied.

One of the surrogacy qualifications that many surrogates have to meet is to be a nonsmoker and not to be addicted to either drugs or alcohol. Surrogates may break their habits long enough for their medical records to be satisfactory. However, they may crumble under the pressure of pregnancy and start their habit again.

Or perhaps you’re worried about your surrogate’s eating habits. Maybe she drinks too much coffee or isn’t taking in enough vegetables and fruits. Whatever the problem with the lifestyle is, it can be frustrating on the part of the intended parents.

After all, you’re trusting the surrogate to be as healthy as possible, so the pregnancy goes smoothly. Your baby is at stake.

One way that you can talk to them about their lifestyle is by remaining calm and friendly. No one will change any aspect of themselves if they feel like they have to defend themselves or are being attacked. Instead of being confrontational, you might want to suggest, in a friendly manner, that they refocus their attention on the baby.

You can tell them about the hard work you’ve been through so far in order to make this baby happen. The surrogate has been through a lot, too, with all of the fertility treatments and appointments that they needed to attend. In order to even join a surrogate agency in California, they had to pass numerous surrogacy qualifications and submit their medical records.

They’re invested in the process of surrogacy. You may just have to remind them of what’s at stake.

Another solution is to use another party to talk to them about their lifestyle choices. That person may be their spouse, the agency, or a surrogate attorney. If you believe that their actions may be breaking with the gestational surrogacy agreement, then your attorney is going to be your greatest asset.

However, a simple conversation is often all you need to help your surrogate make the changes that she needs to.

Speaking of surrogacy law, you may find that you’re running into legal problems. Perhaps you or the surrogate didn’t fill something out correctly. Or perhaps someone is breaking one of the agreements that you listed out in the surrogate agreement contract, or gestational surrogacy arrangement (GSA for short).

When this is the case, you can attempt to speak with the surrogate about it. That conversation may be all it takes for them to change. However, if they continue to break with the legal agreement that you made, then it’s time that you turn towards either the surrogacy agency or the attorney. It’s what you’ve hired us to do- have the hard conversations with your surrogate mother that you are concerned about, or having issues with. We can also get your surrogate lawyer involved.

The attorney, in particular, can help ensure that your surrogacy in California follows the contract to the letter. If the surrogate does something or makes a change or doesn’t do something according to the agreement, then they can hold her legally accountable.

Because the law surrounding surrogacy can be involved, it’s important to reach out to your surrogate attorney that the agency provides you with for answers. You may just end up in breach of contract, yourself, by trying to intervene.

When women become a surrogate, they do so with the hope of being as safe as possible.

Pregnancy isn’t always easy, and any woman takes on risk when agreeing to become pregnant. Because of this, certain agreements are made as to how many embryos are transferred into the surrogate at a given time.

Before you are matched with a surrogate, you have will have to decide the number of embryos that you want to be transferred. Most parents typically choose one or two. This is because the body might not accept one or even both.

A problem arises when parents choose to have multiple embryos transferred into their surrogate at the same time. This is risky because it can often result in multiple pregnancies.

Multiple pregnancies, like having a set of twins or triplets, isn’t always a great thing. It can decrease the chances of having a healthy pregnancy and birth. In fact, during birth, the chance of infant death increases. It can also cause labor complications.

The surrogate might not be able to have more children afterward.

The problem arises when parents tell their surrogate that they’re only going to transfer one or two embryos, but then end up transferring more than one or deciding last minute that they have changed their mind on the number they will transfer. Most embryo transfers should only include a single embryo. However, it is sometimes acceptable for two. Parents should not put their surrogates at risk with more than two embryos, but either way, your surrogacy agency will need to have the “sign-off” of your surrogate first before matching, with whether she is comfortable transferring the number of embryos you would like to.

It’s understandable that you’re eager to have your journey go quickly. That after your initial search of “surrogacy near me,” you want the process to be finished, so you can enjoy your new family. However, you shouldn’t put your surrogate at risk.

Before you’re matched with your surrogate, be honest with yourself about how many babies you want to have. It might be wise to hire two surrogates with a side-by-side journey, so you can have two separate mothers carrying your baby at the same time. Or you can just wait a few years before hiring another one.

Be honest with your surrogate from the start, and you shouldn’t have any problems.

For those who think about becoming a surrogate, they don’t often think about termination. After all, the point is to carry the baby to term. However, complications can arise, and disagreements between the surrogate and the intended parents on how to handle them. In those instances, what is the course of action?

During the meeting that you have with your surrogate, it’s wise to talk about termination. Is it ever acceptable? If it is, then when is it acceptable? The surrogate shouldn’t be given room to terminate just because she’s changed her mind about becoming a surrogate.

However, if it endangers her life, then there may be grounds to terminate it. Her life shouldn’t be put at risk.

After the agreement has been made, an issue may arise where you’ll have to break the legal agreement. In this event, it’s wise to consult with your surrogacy agency and the attorney.

Another problem that may arise with your surrogate after joining a California surrogacy agency is with PGS/PGT Testing.

Some surrogates may want it because it can help determine which embryos are likely to offer a healthy pregnancy. Yet it can be pricey for intended parents. Speaking with the agency can help solve the problem, but also consulting on what your fertility doctor thinks. It’s our experience that most embryos are PGS-tested before transferring into a surrogate. 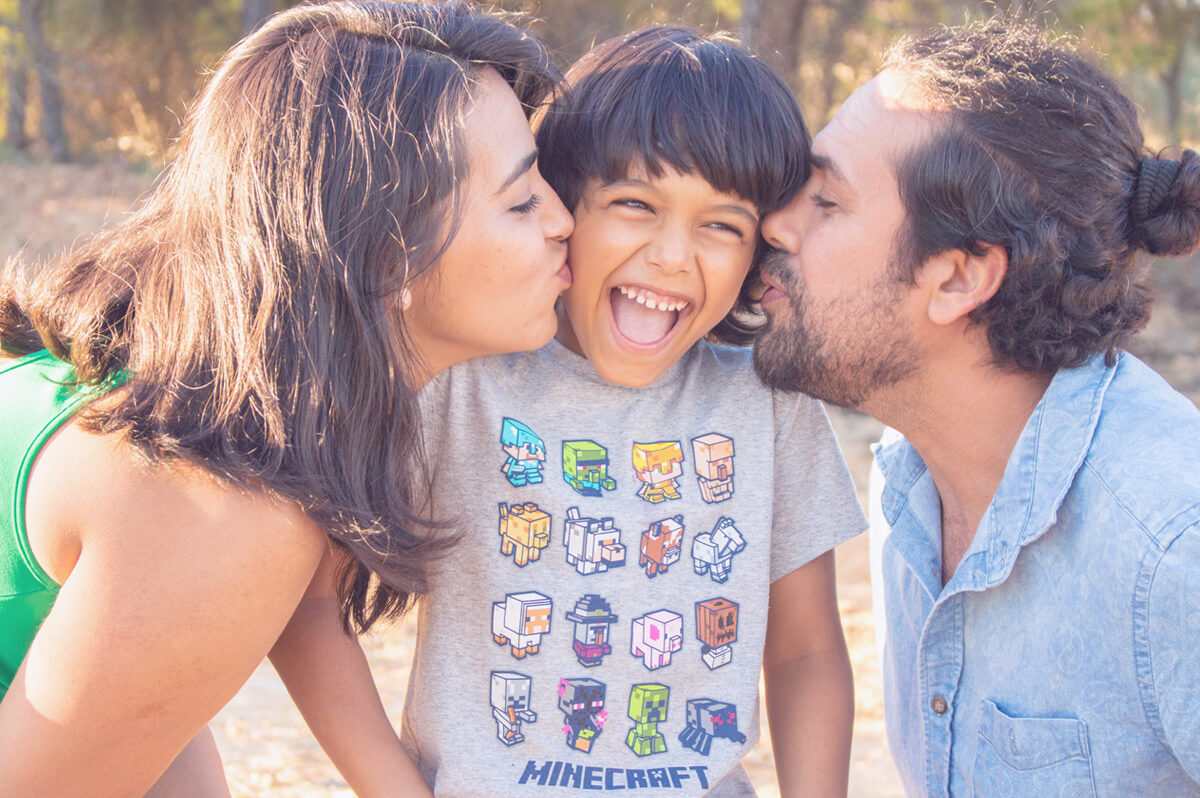 Consult with our agency if you have any questions related to your surrogacy, the process of surrogacy, or if you need help finding a surrogate!